If you shop around for trail cameras you might have noticed that there are a lot of newer companies out there and they seem to make a lot of really affordable cameras. However, some people who are looking for an entry-level trail camera don’t feel comfortable buying something from a company that hasn’t been in the trail market for a long time. So what can they do?

Are they doomed to buy something that is super expensive that has a bunch of features that they don’t really need or buy something from a company they never heard of before?

Luckily, Wildgame Innovations, a company that has been around since the 1990s, has a popular option for you to consider. 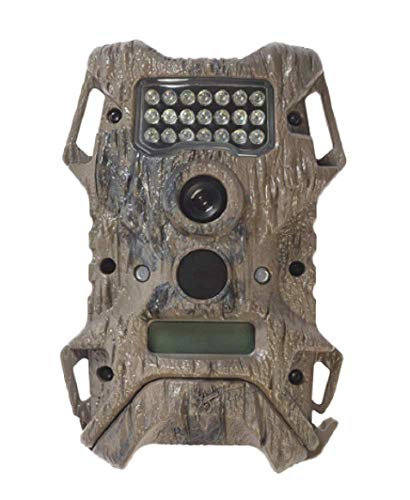 The popular Wildgame Innovations Terra Extreme 14MP Trail Camera is a no-frills camera that gets the job done and doesn’t make you pay for a bunch of features that you might not need. Plus, it comes from a company that most hunting and outdoor enthusiasts are familiar with.

After having this Terra Extreme in the field for a season here is our impression.

The camera on the Terra Extreme has a wide-angle 16:9 aspect ratio that captures 14MP images and records 720p HD video.

Yes, it would be nice if it offered 1080p video recording, but remember that this is an entry-level trail camera and that not that long ago everyone was excited to buy a trail camera that offered 720p. So don’t worry. The pictures and videos will be fine.

The passive infrared (PIR) sensor on this Wildgame Innovations trail camera has a detection range of up to 60 feet.

The trigger speed on this camera is less than .75 seconds. While this trigger speed is a bit slower than some of the other entry-level cameras out there we never experienced a problem where we had a bunch of empty pictures because the camera didn’t trigger fast enough. This might be because the 16:9 aspect ratio gives the camera more time to capture the image before the subject has left the field of view.

It is fair to say that in most normal situations the camera should be more than fast enough. However, if you know you plan on putting it in one of those spots where animals come zooming through on a regular basis you might feel more comfortable picking something up that is a bit faster. The trail camera comes equipped with a low glow flash that utilizes 21 high-intensity IR LEDs that give it a 65-foot flash range, which is a very common distance on entry-level cameras today.

Shown here is an example of an image that the Terra Extreme captured of an owl at night. Please note that we compressed the image (reduced the quality) so it would load faster in your web browser.

The Terra Extreme has a photo and video mode but doesn’t have a time-lapse feature.

I rarely want or need to use the time-lapse feature on a camera, because it means that you will usually have to sort through a ton of pictures with nothing in them in order to get to the few that do. That being said, if you want to be able to monitor the area that is beyond the range of the camera’s motion sensor you probably want to choose a model with a time-lapse feature.

This trail camera doesn’t come with a color LCD screen, which makes it impossible to preview images and videos in the field. It also requires you to take a little extra time to make sure you have the camera pointed in the right direction when you are mounting it to a tree. That being said, the 16:9 aspect ratio makes it a little more forgiving when you are trying to point the camera toward the area you want to monitor. I never had a hard time getting the camera pointed in the right direction.

However, Wildgame Innovations did give it a basic LCD screen (shown here) that displays time, date, photo count, battery level, and camera settings. This allows the setup of the camera to be quick and easy. The Terra Extreme 14MP trail camera uses SDHC memory cards up to 32GB in capacity. You want to make sure you use a class 4 or higher rated card like the SanDisk 32GB Ultra SDHC memory card shown here.

The Terra Extreme uses 8 AA batteries. If you use high-quality batteries you can expect them to last for up to 1 year or 30,000 photos. Remember that the quality of batteries you use, the camera settings you choose, and the amount of traffic that camera gets can all impact battery life.

For maximum battery life we suggest that you use Energizer Ultimate Lithium batteries.

There is no input for an external power supply on this camera, but given its long battery life, this really doesn’t seem to be that big of an issue. Instead of the mounting belt (some people call it a mounting strap) that is included with most trail cameras, Wildgame Innovations included 2 bungee cords with this camera.

As you can see from the picture above these bungee cords aren’t long. While they will work just fine in a lot of situations, you are limited to the size of tree you can mount the camera on. If the tree is too big the bungee cords simply won’t work. If you have a mounting belt from an old trail camera lying around you could always use that or you could go to the store to pick something up.

While it isn’t a deal-breaker, the bungee cords are a little disappointing.

The Terra Extreme 14MP trail camera is one of the most competitively priced cameras out there, making it an ideal choice for people who plan on using it on public land where it might get stolen. It is also a great option for hunters who want to buy multiple trail cameras while staying on a budget. Victure may not be as recognizable of a name as Wildgame Innovations, but their No products found. is a very good trail camera. Not only does it have a 16MP camera and a 0.5-second trigger speed, but it also has a 2.4-inch color LCD screen and a time-lapse feature that Terra Extreme doesn’t have. Plus, it is very affordable and it usually has a similar price to the Terra Extreme. You can see the current price of the Victure HC200 No products found.. While Toguard hasn’t been selling trail cameras for as long as Wildgame Innovations the No products found. is a really solid choice. Not only is it priced similarly to the Terra Extreme, in fact it is often priced lower, but it has a few features that beat the Terra Extreme. It has a 16MP camera and super fast 0.3 second trigger speed. Plus, despite its small size the H20 has a 2-inch color LDC screen. You can check the current price of the H20 here. No products found.

The super-affordable Wildgame Innovations Terra Extreme 14MP Trail Camera takes great pictures and videos that are competitive with some higher-priced competition. It might not have some of the customizable features that some other models have, but the tradeoff is that it is very easy to use.

You can check its’ current price here.