When you set out to buy a video game console it sounds like a straightforward process, but often it is more complicated than we expect as we have to consider more choices and options than we anticipated. This is true for the people looking to buy a PlayStation 4 as well. So let us help you make your way through this technological maze.

Both the PlayStation 4 Slim and the PlayStation 4 Pro have their own unique features. You will find each console sold by itself or as part of unique bundles, which we have shown at the end of this article. So let’s see how you can determine which console might be best for your situation.

If you already have a PlayStation 4 there isn’t really enough of a difference between the original PS4 and the PS4 Slim to justify the price of a new console.

If you are buying your first PlayStation 4 you have more of a choice on your hands. If you don’t have a 4K television and don’t plan on getting one in the near future you can save some money by buying a PS4 Slim. However, if you have a 4K television or think you might get one in the not too distant future you might want to seriously consider spending a little bit more money and stepping up to a PlayStation 4 Pro.

In 2016 the PlayStation 4 Pro was released. It is larger than the PS4 Slim, but it also has more under the hood.

Not only will your games load faster, but they will play smoother and look better with the PS4 Pro. If you want a PlayStation 4 that can take advantage of your 4K television the PlayStation 4 Pro is the way to go.

You will notice improved performance and some improved graphics if you are playing your PS4 Pro on a standard HD television (not 4K). However, if you want to fully appreciate the PlayStation 4 Pro you will want to consider getting a 4K television at some point.

If you are considering purchasing a PlayStation 4 console you are most likely wondering if you should get a PlayStation 4 500 GB console or the Playstation 4 1 TB console. This is especially true if you have been looking online at the different console options and bundles that are available. The first difference you will notice between the two consoles is the price. The 500 GB version is often priced a little bit less than a comparable 1 TB version.

Outside of some extras that might come with some of the 1 TB system bundles, both the 500 GB and 1 TB consoles come with the same basic accessories to get you going. So what can help you figure out if you should spend the extra money for the 1 TB version? To answer that question you need to think about how the PlayStation 4 will be used by yourself, or the person you are buying it for.

At this time Sony only makes PlayStation 4 consoles with 1 TB hard drives. However, you might go to places online such as Amazon and find that there are still some 500 GB consoles being sold. These 500 GB consoles and bundles are older models. Several of these older consoles are collector editions or part of limited edition bundles and come with a higher price tag. If you like one of these collector versions or limited edition bundles there really isn’t anything the matter with them – especially if you find a good deal. However, from a price perspective, you are probably going to be better of going with one of the newer consoles. This is especially true if you have a 4K television and are considering a PS4 Pro.

When the PlayStation 4 was first released it was reported on ign.com that as of 2013 the 500 GB console only has approximately 407 GB of usable memory. The remaining memory is taken up by the operating system and pre-installed software, which is similar to how it would work on your home computer. This 407 GB of storage sounds like a lot and is actually a bit better than the available memory that was available with the 500GB version of Xbox One, but it still might not be enough space in some instances.

This 500GB version of the PS4 console was ideal for people who don’t buy a lot of games or constantly bounce back and forth playing many games at the same time. If you plan on buying more than 20-30 games (knowing that each game downloads a different amount of data) it is possible that you will run out of storage space. So if you know prior to buying your PlayStation 4 that the 500 GB version won’t give you sufficient storage you will probably be better served by spending the additional $50 or so and purchasing the 1 TB model.

Using the information provided on ign.com we are able to calculate that we should have approximately 907 GB of usable memory with the 1 TB console, which is more than twice the storage that is available on the 500 GB console. This makes the 1 TB model is ideal for people who anticipate that they will be buying a larger number of games or having more download activity.

Even with the larger amount of available memory on the 1TB PS4, it is still possible to run out of space if you download enough games to your console.

What Happens If Your PlayStation 4 Runs Out of Storage Space (Your Hard Drive Gets Full)?

When the PlayStation 4 was first released, unlike the Xbox One, it didn’t support the use of an external hard drive. The good news was that Sony allows you to upgrade your PlayStation 4’s Hard Disk Drive (HDD) to expand your storage space. Unfortunately, by replacing your hard drive you are not simply adding storage space, but you are also losing the original storage space that you started with. So you want to be sure that you are buying a large enough replacement hard drive.  Sony published an article on how to upgrade your hard drive here. It is a process that most people will be able to easily complete on their own otherwise Sony wouldn’t have put this information on their website.

According to Sony only the following type of hard disk drive (HDD) is officially supported by the PS4™ system:

* Proper operation is not guaranteed for all models. While other drive types may work, Sony only recommends using officially supported drives with your PS4 system.

Eventually, the PlayStation 4 consoles were able to support the use of external hard drives for users who wanted to expand their storage that way. You can format a USB storage device for use as extended storage and can use it to install your applications. You can also move applications from PS4™ system storage to extended storage. According to Sony, this is what you need to know/have in order to get started using an external hard drive:

Please note: The kits will allow you to replace your old hard drive and then turn your old/current hard drive into an external hard drive: 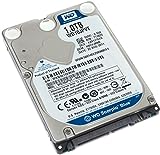 2 TB Drives (cost a little more, but are the way to go – especially if you are replacing a 1TB drive)

If you don’t like the idea of opening up your PlayStation 4 to replace your hard drive here are some external hard drives that will work (assuming your PS4 system has system software version 4.50 or later): 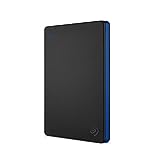 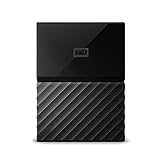 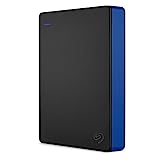 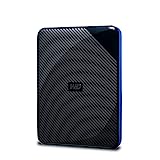 However, if you don’t want to pay money to replace the hard drive, your other option would be to delete a few games from your hard drive to free up some storage space. Then when you want to play the game again later you can download the files again. The progress that you made in the game will still be saved with your user account. The only inconvenience is the fact that you will have to wait for the files to download again. This inconvenience will only increase the more often you have to do this.

To sum it all up there are probably 4 things you should remember when buying a PlayStation 4 console.

First, when you are deciding on which PlayStation 4 bundle to purchase you need to buy something that you like. It makes no sense to buy a bundle with game(s) you will never play or accessories that you will never use. You simply will not be getting as much value for your dollar in those situations.

Second, unless you are a collector or a big fan of one of the discontinued limited edition models most people will find that it is a better value to buy one of the current PlayStation 4 1TB bundles.

The third point to remember is the differences between the PlayStation 4 Slim and the PlayStation 4 Pro. Our take is that the PS4 Slim is a great console and will serve your needs quite well if you are playing on a regular HD television. Plus, the PS4 Slim is a bit more affordable than the PS4 Pro. That being said, if you have a 4K television or plan on getting one in the future the PS4 Pro is the way to go to take advantage of what a 4K TV has to offer.

Finally, there is no need to be worried about running out of storage space for your games – even if you have a 500GB console. The thing to know is that even people with a 1TB hard drive can run out of storage space. So if you plan on buying a lot of games and doing quite a bit of downloading know that you have affordable options to either replace your hard drive, add an external hard drive, or both as we discussed earlier in this article.

Here are some of the most popular PlayStation 4 consoles and bundles.

You don’t find what you are looking for below you can see even more options here. 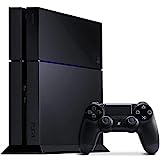 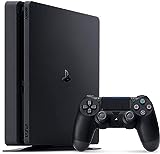