Bidets have been on the market for quite some time. They are a common fixture in European bathrooms as well as in many other parts of the world. The popularity of bidets is growing in North America. With that growing popularity, there is some confusion out there surrounding bidets. One question a lot of people have is, “Are bidets sanitary?”

Before we answer that question we need to first define what a bidet is and briefly introduce the different types of bidets.

What is a bidet?

The bidet is a sanitary fixture used to cleanse the body by using a jet of water. It is usually placed in the bathroom near a toilet. The user may squat on a bidet or sit on a bidet chair. Alternatively, the user may sit on a toilet seat (or “bidet toilet seat”), which is a toilet with a bidet integrated. This is common in Japan, where many toilets have a bidet function built-in and is what most people think of in the United States when talking about bidets. A bidet may be electronic or manual.

Bidets are an alternative that many people use after they use the toilet instead of using toilet paper. They are also known in some places as “bidet showers” or “bidet sprayers”.

There are various types of bidets that can be found online and in retail stores.

Gradually, the available options have grown over time and the term “bidet” doesn’t refer to just one type of fixture anymore. There are multiple bidet options to choose from depending on the size of your bathroom, the features you are looking for, and your budget. The different types of bidets include ceramic bidets, toilets with built-in bidets, toilet seat bidets, bidet attachments, handheld bidets, and portable bidets.

So let’s take a closer look at what these different types of bidets are. Different from a toilet, a ceramic bidet is a separate fixture that is installed on the floor or mounted on the wall with a drain opening on the bottom and has a specialized faucet that installed on the top of it much like a sink. After using the toilet a person may either sit on or squat above the bidet as they use the water from the faucet to clean themselves. 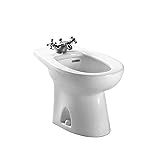 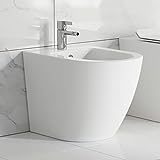 If you are not exactly sure what a vertical spray ceramic bidet is you can check out the following video that explains how to use one. Toilets with built-in bidets are becoming popular as they are found in many hotels and other public places. The advantage to having a toilet with a built-in bidet is that you will not need to dedicate space in your bathroom for a ceramic bidet.

Most of the built-in bidets are powered by electricity and they can be fitted with an electrical heater and offer other additional features as well. 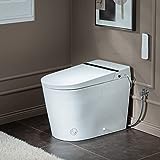 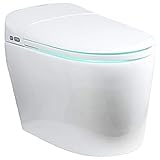 Toilet seat bidets are designed to replace the toilet seat on a standard toilet. A bidet toilet seat is for those who want the convenience of a traditional bidet, but do not want to have to install a separate fixture or replace the existing toilet in their bathroom. 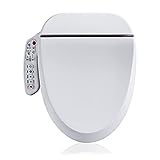 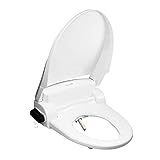 Handheld bidets are which are also referred to as bidet faucets, bidet sprayers, or a shattaf are handheld water sprayers that you can use to clean your most intimate areas. 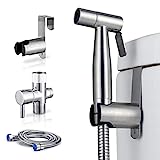 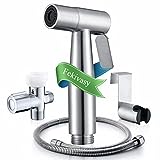 When learning about bidets you will hear about portable options, which are often marketed as “handheld portable bidets” or “travel bidets” that are designed for use when you are away from home. Portable bidets are basically a water bottle with an angled nozzle that is used for cleaning. For a few dollars more, you can buy an electric model that offers an improved spray over the manual models. 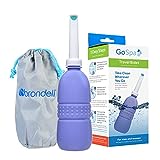 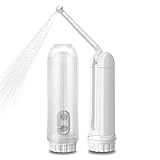 So is using a bidet sanitary?

So now that we are clear what bidets are, and how they work let’s look into the main question: Are bidets sanitary?

Bidets are not only sanitary but they are also much more hygienic than using the typical toilet with just toilet paper. So let’s take some time to understand why.

Does using a bidet get you cleaner than toilet paper?

To answer that question let’s start with an analogy. If you were gardening and your hands were full of mud, what would get your hands cleaner wiping them with a dry towel or using some water to wash off your hands?

The answer to this question is quite obvious, rinsing your hands with water will get them much cleaner than wiping them dry with a towel.

Now, we can apply that same principle to our intimate areas. Using the typical toilet paper will only do a partial cleanse of the areas and will leave a lot the debris behind.

Wouldn’t you need both soap and water to clean your backside?

So no, a bidet doesn’t need soap to do a good job of cleaning your private areas.

First of all, you don’t sit on a traditional bidet when you are relieving yourself. Similarly, the spray nozzle(s) are retracted and out of the way on toilets with built-in bidets, toilet seat bidets, and bidet attachments when the bidet feature is not in use. So you don’t need to worry about the bidet’s faucet or spray nozzle getting debris on them when you are relieving yourself. In addition, the faucets and nozzles aren’t directly underneath your rear-end when you are using them. The bidet’s wand and nozzle are angled so that the splashback is directed away from the unit and goes directly into the toilet bowl instead.

If that isn’t enough many models come with self-cleaning nozzles that clean themselves before and after each use. Plus, many nozzles are made of corrosion-resistant stainless steel and some models come with seats or other components that are made with antibacterial materials. Lastly, some bidets even come with UV lights to further sanitize the wand and nozzle(s).

Many people believe that bidets are unsanitary, but once you understand how they work and what they do, it is quite easy to see how the opposite is true. Bidets not only get you cleaner than using toilet paper, but they are also much more hygienic.