Having a wireless trail camera is great because being able to connect to your trail camera via WiFi and Bluetooth gives you the flexibility to use it in harder-to-access locations. However, sometimes the range of some camera’s wireless signals doesn’t allow you to connect to them from a very far distance, which means that you might not be able to install the camera where you like. Then when you consider that the majority of wireless trail cameras come with low glow flash it can sometimes be hard to find one with both no glow flash and decent wireless range. 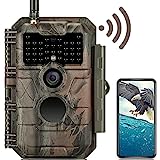 Luckily the GardePro E6, which comes with no glow flash, was built with having a strong dependable wireless range in mind. 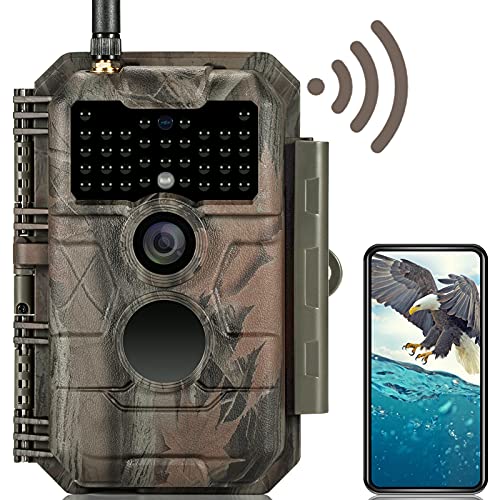 GardePro’s E6 model is a wireless trail camera that uses both Bluetooth and WiFi connectivity for data transfer. With its external antenna to help ensure a strong signal, the camera comes with no glow flash and a high-quality camera to go along with a long list of great features that help make this GardePro a great value.

Review of Key Features and Benefits of the GardePro E6 Camera

The camera quality is a crucial area to focus on when getting a trail camera. GardePro E6’s camera quality does not disappoint. A 110-degree wide-angle lens ensures that the camera captures a large area. It has a resolution of 24-megapixels and shoots 1296p videos at a frame rate of 20 per second. If you place the camera in an area where there is a lot of fast-moving action and need to record video at a faster frame rate you have to option to select 1080p video recording at 30 frames per second. If you aren’t sure which frame rate is best for your needs you can read our article about frame rates.

The camera has the photo + video mode, where it takes some pictures then records a video. This mode is perfect if you want to diversify your footage. The E6 also captures audio as do most other trail cameras.

An appealing aspect of the GardePro E6 is its Wi-Fi and Bluetooth connectivity. You connect your phone to the camera via Bluetooth, then turn on Wi-Fi. Once connected, you can remotely access the camera courtesy of the free GardePro Mobile app.

The application works with both Android and iOS smartphones. For the best experience, make sure that you are using IOS 9.0 or later, or Android 7.0 or later operating system versions. This trail camera has a range of around 33-feet and 65-feet for Bluetooth and Wi-Fi, respectively, but results will vary depending on the environment the camera is in and some users report being able to connect to the E6 from even longer distances. Its antenna helps to ensure a strong, stable connection and reduces the chances of Wi-Fi disconnection.

The GardePro E6 has a single, centrally located motion sensor that detects movement in the camera’s surroundings. Between its 70° detection angle and a 75-foot detection range, which is a bit better than average these days, the E6 has a decent coverage area.

Its PIR sensor also has adjustable sensitivity levels, which is a great feature to have as it allows you to customize the camera for the area you have it set up in and helps you eliminate false triggers. You can choose from high, medium, or low sensitivity settings.

The E6 trail camera has a trigger speed of 0.5 seconds, which is comparable to the majority of trail cameras currently on the market, and has a recovery time of 0.5 seconds. When you combine the trigger speed with theE6’s detection angle and its 110° wide-angle lens you should feel confident that the camera will be able to capture whatever comes into the PIR’s detection area.

The flash feature is another great selling point for this GardePro model. The no-glow flash with its 36pcs 940nm infrared LEDs and 75-foot flash range provides ample illumination, allowing you to take shots and record video at night while ensuring that the camera remains invisible in the darkness.

As we have pointed out in other reviews, no-glow flash is ideal for use on public hunting land, property security and surveillance, or any other setting where you want the location of your camera to remain hidden a night.

This trail camera measures 5.6 x 4.2 x 2.4-inches, which puts it right in there with the majority of trail cameras when it comes to its size.

The GardePro E6 has a time-lapse mode, which can be helpful if you are receiving false triggers, want to monitor an area that is beyond the range of the PIR sensor, or document slow moving natural processes.

It is also important to note that like most other cameras with a time-lapse mode, when you turn on this feature, the PIR sensor is disabled and the camera won’t be be triggered when there is activity that is normally within the camera’s detection range.

If you don’t want the camera capturing pictures and videos 24 hours a day the hours of operation timer lets you specify when the camera is on. It is an excellent feature that both conserves battery life and saves storage space on the memory card.

The E6 trail camera has a 2.4-inch color LCD screen, where you can adjust your settings and view pictures and videos. You have to open the camera’s cover to access the screen. With the wireless connectivity through the app, you probably won’t use the screen that often once you initially get the camera set up.

As with all trail cameras, the E6 requires a memory card to store the photos and videos it captures. It supports SD, SDHC, and SDXC memory cards of up to 256GB. GardePro advises owners to use Class 10 memory cards in the E6.

You can also activate the loop recording feature, which lets the camera overwrite older files to create space for new recordings should your memory card become full. 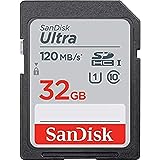 You can set a password to restrict the use of the camera. You go to password settings and select a four-digit number that you will be asked to provide every time you want to use the camera in the future.

You need 8 AA batteries to power the GardePro E6. This trail camera is economical on battery use, and on standby mode, it can last up to 8-months. Avoid using rechargeable batteries as their lower voltage may create performance issues for the camera.

For the best performance and longest battery life we suggest you use Energizer AA Ultimate Lithium batteries.

The E6 has an input for an external power supply, which, if you decide to use one, will allow you to extend the amount of time you can leave the camera in the field unattended. It works with a 12V, 1A power supply units and the plug should measure 5.5 x 2.1-mm.

The image stamp, which is a standard feature these days, is nonetheless invaluable because it shows you details about when the camera captured each picture or video. These details help when organizing and sorting your files as you try and look for patterns of behavior at certain times of the day or when certain environmental conditions are present.

The following are the included accessories that help in the camera’s use and installation.

You can feel confident using this GardePro trail camera to help you monitor game animals on both public and private land as well as using it for security and surveillance purposes. With its wireless connectivity and free app, you can mount the E6 in some hard to get to areas and still easily change its settings and download pictures and videos. Plus, in addition to giving the camera a stronger more reliable Wi-Fi signal with a reduced possibility of disconnection, its antenna allows you to connect to the E6 from further away than you can with some other WiFi-enabled trail cameras.

The only thing this camera might fall short on is its detection angle. It won’t be a problem for most users, but if you need something to monitor super-wide areas you might want to get a camera with 3 PIR sensors as they can boast up to a 120° detection angle as opposed to the 60° detection angle found on the E6.

Costing more than entry-level trail cameras the GardePro E6 Pro is a great choice if you are looking for next-level trail camera performance. With standout qualities like no glow flash and a wide-angle lens to go with Bluetooth and WiFi, the E6 is a bargain compared to similarly equipped cameras. If you want a no glow trail camera, but don’t need WiFi and would like to save a few dollars the GardePro E5 is a great choice. While the E5 doesn’t offer wireless connectivity and its camera lens has a narrower field of view than the E6, the E5 sports some great specs that are better than what is found on the E6. These features include a faster 0.1 second trigger speed, 100-foot flash range, and 3 PIR sensors that give the camera a 120° detection angle. All of this makes the GardePro E5 a great choice for those who need a no glow trail camera that does a stand-up job at covering a large area. We also did a full review of the E5 in case you want to read our complete analysis of the camera.

The GardePro E5 Pro is an exceptional camera with capabilities more in line with high-end cameras, but costing less than most of them. You can check the current price of the E5 here. If you like the GardePro E6, but can’t come out to where the camera is and really need the pictures your trail camera captures to be sent to you wherever you are, the SPYPOINT LINK-DARK cellular trail camera is a great choice. The LINK-DARK has a lot of terrific features and specs such as no glow Flash with an 80-foot flash range, an impressive 100-foot detection range, a super-fast 0.07-second trigger speed, GPS geotagging, and a free smartphone app.

The only way in which you might feel like you are taking a step down with the LINK-DARK is with its 12MP camera and 720p video recording. While this might seem low, know that most cellular trail cameras don’t transmit high-resolution images and videos (most don’t transmit video at all – including the LINK-DARK) due to the fact that said images would be very expensive to send on a cellular trail camera’s data plan, so these specs are more than adequate for the SPYPOINT LINK-DARK.

If you are someone who needs a trail camera that you can access from anywhere, the SPYPOINT LINK-DARK cellular trail camera is a great choice and comes in two different versions, the LINK-DARK (AT&T) & LINK-DARK-V (Verizon). You can check the current prices of both versions here.

With the GardePro E6, it is easy to see that there is no need to break the bank to get a great trail camera with outstanding wireless capabilities. It has almost all the bells and whistles you could hope for including, no glow flash, a wide-angle lens, and an adjustable PIR sensor to name a few.

If you need a quality trail camera with WiFi and no glow flash, the E6 camera will most definitely not disappoint. You can check its current price here.