This financial reality has made many of us give up on the idea of no glow trail cameras especially if we need to buy multiple cameras or if we plan on using them on public land or another place where we might worry about theft.

So it is really eye-catching to see theMeidase S3 trail camera. Not only does it have no glow flash, but it has an impressive list of features that you might expect to find on trail cameras that cost 2 or 3 times more than the S3. 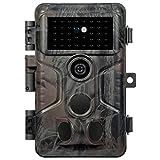 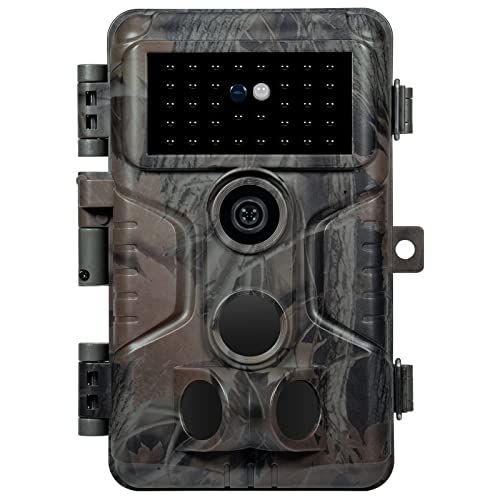 If you like to check out new places to hunt each season you need a versatile trail camera that will work in a wide variety of settings. You need something with a great camera that is fast enough and has a great detection range so it doesn’t miss any activity. On top of that, you want something that won’t spook the game animals or give away its location at night.

This sounds like a tall order, especially if you are shopping on a budget. That is why we are excited to be reviewing the Meidase S3 No Glow trail camera. The S3 looks to be a trail camera that can check all the boxes.

Review of Key Features and Benefits of the Meidase S3 Camera

One of the best parts of the Meidase S3 is its camera, which has the ultra-clear Sony imaging technology with the Sony Starvis sensor that was designed to excel at capturing images in low-light applications such as surveillance cameras. The camera can capture 20-megapixel images and has 1080p video resolution at 30 frames per second.

In addition to the traditional picture and video modes that you find on almost every trail camera, the S3 also has a photo+video mode which will allow you to capture a picture and then record a video each time the camera is triggered.

The motion sensor is a vital component of the trail camera, whose work is to pick up any motions in the surroundings and start up the camera. The S3 has three motion sensors. The central one has a detection angle of 60-degrees, while the left and right each have 30-degrees, bringing the total detection angle to 120-degrees. The sensors have an 82-foot detection range, which is one of the longest for trail cameras of its class. This detection range really puts this Meidase trail camera into a premium level, considering most trail cameras of its class have a 65-foot range.

The sensors have three sensitivity levels; high, medium, and low. You also have the option to turn off the side sensors if you are receiving a lot of false triggers.

Another thing that sets this camera apart from its peers is its fast trigger speeds of 0.1 seconds. This is extremely fast, helping to ensure that nothing will pass your lens without being captured.

Recovery speed measures the amount of time a trail camera needs in order to be ready to take a second picture after a previously triggered picture is captured. Many trail camera manufacturers aren’t very forthcoming about this spec. So it is refreshing to see that Meidase openly shares that the recovery speed for the S3 is at 0.5 seconds, which pairs nicely with its super-fast trigger speed.

The flash on the Meidase S3 is one of its most attractive features. Its 36pcs 940nm infrared LED no glow flash has a 100-foot range.

It is really uncommon to find no glow flash with such a long-range, especially on a budget-friendly model like the S3.

The S3 has dimensions of 6.1 x 4.4 x 3.0 inches, making it a medium-sized trail camera. The size is effective during installation as it won’t attract intruders’ attention, especially in home security applications.

If you have your camera set up in an area where there are a lot of false triggers or if you need to monitor an area that is beyond the range of the PIR sensors the time-lapse features can be critically important. When you turn the time-lapse mode on the camera will take images at predetermined time intervals that you select. When the time-lapse feature is activated, the motion sensors go off.

People who want to use their trail camera for nature photography or plant growth will also appreciate the time-lapse feature.

This Meidase model has a 2.31-inch color LCD screen that helps to make setting up the camera or changing the settings quick and easy and allows you a way to quickly preview images and videos in the field. However, if you plan on using the screen to regularly preview pictures and videos in the field we suggest buying an affordable memory card reader or viewer/hunting sd card reader viewer. If you want to learn more about readers and viewers and see if you should get one you can read our article on memory card readers and viewers.

As with all trail cameras in order to store your captured files, you need an external storage media (SD card). The Meidase S3 supports SDXC memory cards with a capacity of up to 128GB. Class 10 cards are recommended by the manufacturer. We recommend using the SanDisk 128GB Ultra SDXC memory card.

If you want to leave the S3 unattended for an extended period of time the massive storage of a 128GB SDXC memory card will allow you to capture every moment even if you have the camera set to take videos at an extremely busy location. However, in the unlikely event that your memory card should ever become full, the Meidase S3 has a loop recording feature, which when activated, overwrites old files with new ones if the SD card’s storage is full.

Optionally, you may also use SD and SDHC cards with the S3. Click here if you want to learn more about what type of memory cards are best for trail cameras.

If you want to restrict access to the S3, you can encrypt it with a password. To enable this feature all you need to do is go to the password menu option under settings and provide a 4-digit figure that you have to provide every time you turn on the Meidase S3 camera.

To power the Meidase S3 you will need 8 AA batteries. The S3, like a lot of cameras these days, is pretty energy efficient and can last several months on one set of batteries. According to Mediase, if you left the camera in standby one set of batteries could last up to 8 months. You can also do things like specify, or limit, the hours of operation, adjust the flash settings and adjust the settings of the motion sensors to further maximize battery life.

If you want to learn more about why we recommend Energizer Ultimate Lithium batteries you can check out our article on the Best Batteries For Trail Cameras.

You can connect this wildlife monitoring utility to an external power source for lengthy service, without the need for checking on your batteries. The power supply unit has to be of 12V and 1A, with a 4.0 x 1.7mm plug.

The S3’s image stamp will show you the vital details about when pictures and videos were captured. Some of the features it will show include time, date, temperature, moon phase, and camera name. The image stamp aids in the sorting of your videos and photos as you try to look for patterns of behavior at certain times or when there are certain environmental conditions.

The following are some of the accessories present in the Meidase S3’s package, aside from the trail camera.

Between its no glow flash and its long flash and detection ranges the Meidase S3 is ready for whatever situation you put it into. You should feel comfortable using it on both private and public hunting land as well as using it as a security camera.

The Meidase S3 is very affordable, which makes it an option for people who want multiple trail cameras. Compared to similarly priced models the S3 typically has better features. When compared to similarly equipped cameras you will notice that the S3 has a fantastic price. The S3 is a great value. If you like the S3, but wish that there was another no glow option that was priced more similarly to entry-level trail cameras the Meidase SL122 Pro is a fantastic option. Some of the SL122’s features and options are a slight step down from the S3. These differences between these two cameras are:

While the specs on the Meidase SL122 might not be quite as strong as the S3, it still boasts an impressive array of features. Plus, when you compare the SL122 to other entry-level priced trail cameras, almost all of which are low glow cameras, it compares very favorably.

You can check the current price of the Meidase SL122 Pro here. 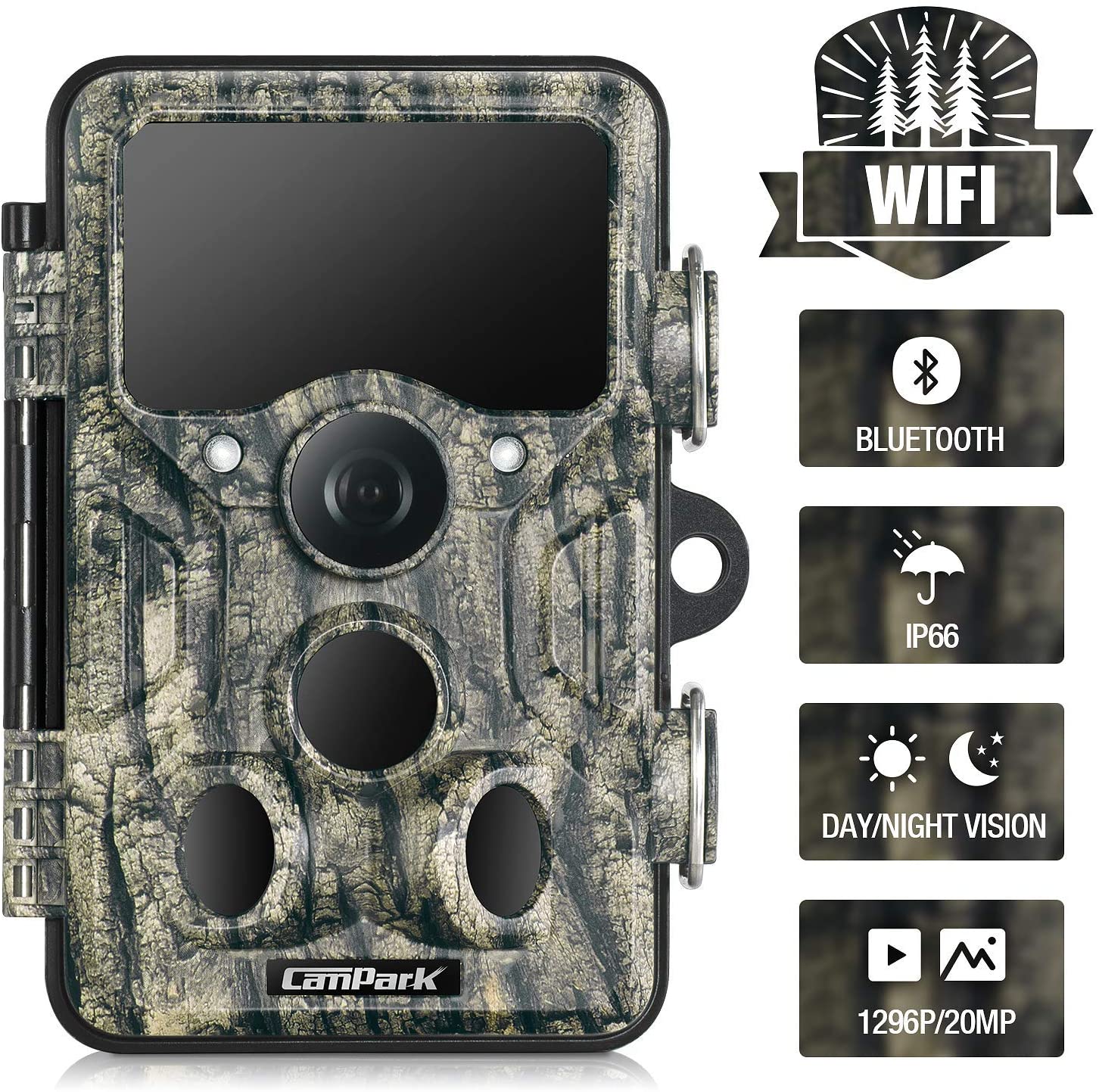 If you like the S3, but really need a camera that has WiFi, the Campark T86 is a great option for you to consider. While the T86 is very similar to the S3 it actually tops the S3 in a couple of areas such as having an adjustable shutter speed and being able to record videos in 1296p resolution. That said, the S3 bests the T86 with a longer flash and detection range.

So if you need WiFi connectivity the competitively priced Campark T86 is a great way to go. However, if you don’t need the WiFi you might choose to save some money and get the S3.

The GardePro A3 no glow trail camera is essentially the twin of the Meidase S3. If you look at all the features and specifications of those features on the S3 you will find that they are the same as what you will find on the GardePro A3 trail camera. Really the only real difference between these two cameras is the slight difference between the camo patterns on the exterior cases, which by the way are the same cases.

So should the fact that these cameras are so similar keep us from buying either of them? No. The fact of the matter is that trail camera manufacturers don’t make all the parts that are put into their cameras. They buy them from suppliers, who sell their parts to multiple trail camera manufacturers. Furthermore, sometimes different trail camera companies make their cameras in the same factories, which makes it even easier to make trail cameras that are similar to what other companies offer. You should feel comfortable buying both the Meidase S3 and the GardePro A3 trail cameras. So go ahead and look at them both and see if one of them happens to be on sale or if you like the camo pattern on the camera case better on one of these cameras (admittedly the camo patterns on both cameras are very similar).

If you want to see the current price of the GardePro A3 click here.

If you have been waiting for a full-featured no glow trail camera that is super affordable the wait is over. With its long detection and flash ranges to go along with a lot of other surprising high-end features, the Meidase S3 is ready to help you take your hunting season to the next level.