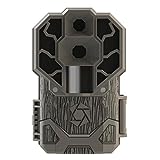 Something labeled as UHD or 4K UHD is what you will find on 4K televisions that are currently being sold. UHD will have 3,840 horizontal columns of pixels and 2,160 vertical rows of pixels.

Something that is listed as just 4K, or Cinema 4K, will have 4,096 horizontal columns of pixels and refers to what you will see on a projector in a theater. This was the resolution that was set forth by the motion picture industry with the Digital Cinema Initiatives. Since the aspect ratio (the exact rectangular shape of the image you see on a movie screen) of movies can vary no vertical resolution is specified.

Even though 4K and Ultra HD are technically two different things, but both types have more than four times the amount of pixels as traditional HD, which means that both are able to display four times the level of detail as traditional HD (1080p). So this is the way to go if you want the most detail and clarity in the videos you get from your trail camera.

If you want to read more about different resolutions you can read an article from CNET here. 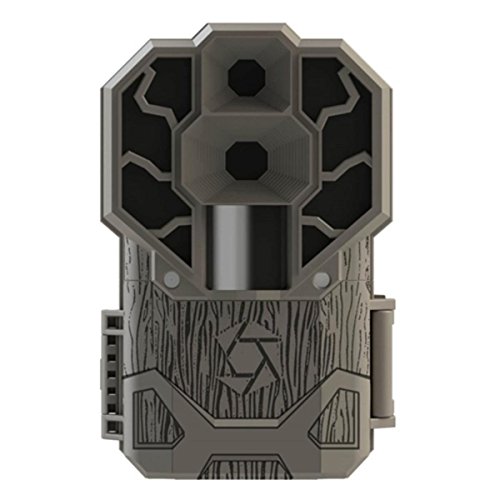 The first trail camera in the industry to offer 4K video recording the Stealth Cam DS4K trail camera is designed for the trail camera user who wants to record the highest quality videos that are possible.

In addition to the 4K video recording, Stealth Cam created a high-end camera with a bunch of customizable settings to ensure that you will have great results whether you are recording video or capturing still images no matter the time of day.

The camera of the DS4K is the real star of the show here as it should be on a 4K trail camera.

Starting with its’ 16:9 wide image ratio the Stealth Cam DS4K can capture stunning 4K Ultra HD video with audio in lengths ranging from 5 to 180 seconds. Note that the maximum night video is 30 seconds to conserve the batteries.

The one negative about the DS4K’s camera is the frame rate at which it records 4K videos. Recording 4K videos at 15 frames per second (fps) can make the video look choppy if the camera is recording faster moving objects. However, the camera does record 1400p and 1080p images at 30fps, which looks crisp and smooth when viewing fast action. In case you are wondering, recording video at 30fps is pretty much the norm with most trail cameras. If you want to learn more about the impact of frame rate on trail cameras you might want to check out our article on what frame rate trail cameras should have.

With its’ dual image sensors (one optimized for daytime and the other optimized for nighttime) you can feel confident that it will be able to capture incredible images and video regardless of the time of day.

The Stealth Cam DS4K comes with an adjustable passive infrared sensor (PIR) to allow you to have range control.

The adjustable PIR allows you to control the sensitivity distance the PIR will be activated. These distances can vary depending on environmental conditions. This setting will change between EXTENDED which will trigger about 1/3 further than the STANDARD setting, the STANDARD setting, or NEAR FIELD that will only trigger on movement closest to the camera.

Depending on where you set the camera up and how near or far the activity typically is from the camera being able to adjust the PIR will help you get the pictures you want from the trail camera.

Once a trigger speed gets under 0.5 seconds it is pretty fast. So the DS4K’s Reflex Trigger with a speed of < .4 seconds is more than enough to get the job done.

The Stealth Cam DS4K 4K trail camera comes with 42 NO GLOW IR emitters. It also has an adjustable flash with a maximum range of 100 feet.

The adjustable flash has 2 settings: FULL and HALF. On FULL brightness the LEDs have a further flash range making it ideal for large open areas. The HALF brightness setting is great for situations where you get a lot of close-up shots and want to prevent the subject from being overexposed.

Doesn’t Have a Color LCD Screen

Not having a color viewing screen isn’t necessarily a deal breaker. Yes, not having a screen might mean that the trail camera isn’t quite as easy to set up, but this is mitigated by the fact that this camera has 3 quick setup options in addition to creating your own custom settings.

Not having a viewing screen also means that you can’t view images in the field, but we don’t advise people to do much of that anyway. It is a much better idea to have a couple of SD cards for your trail camera and swap them out when you want to find out what the trail camera has captured.

The DS4K accepts SD cards up to 64GB. While that is double the 32GB cards that most trail cameras accept we wish it could accept a larger memory card.

Modern cameras have better battery life than ever allowing them to capture images and video for several months on the same set of batteries. That being said, if you set the DS4K up in an area that has a lot of activity and have it set to take longer duration videos it is possible that the memory card could fill up if you don’t check the camera for a few months. However, if you plan on checking the camera more frequently this shouldn’t be a problem.

If you want to read more about memory cards you can read our article about SD cards here.

The Stealth Cam DS4K isn’t an entry-level trail camera. It is one of Stealth Cam’s top cameras and compares favorably with higher-end cameras from other manufacturers.

So while you won’t see it on our Best Trail Cameras for under $100 list it is usually very competitively priced. If you like the DS4K, but wish it recorded 4K video at a faster frame rate you might want to check out the Browning Recon Force 4K EDGE trail camera, which is one of Browning’s top-of-the-line trail cameras. We also did a full review of the Recon Force 4K EDGE and were impressed. It not only records 4K video at 30fps, but it also gives you the option to record 1080p video at a blazing fast 60 frames per second. While the Recon Force 4K EDGE doesn’t have a no glow flash like the DS4K it does have some pretty great features. These features include a massive 100 foot flash range, a detection range of up to 80 feet, the ability to take pictures with up to 32 megapixels. It also has a great Time Lapse Plus camera mode that when enabled, unlike most other trail cameras, still allows the PIR sensor to remain active thus allowing images to be captured whenever the sensor is triggered.

The only people who might be unsure about this trail camera are those who need or want a unit with No Glow flash.

You can learn more about the Browning Recon Force 4K Edge trail camera and check its price here.

The Stealth Cam DS4K is the first trail camera that can record 4K UHD video. In addition to its’ 30MP camera, it comes with a bunch of high-end customizable features that when combined with its’ dual image sensors (one optimized for the day and the other optimized for the night) allow you to capture incredible images and video regardless of the time of day.

If you are in the market for a 4K trail camera there are only two things that we would change about this trail camera and admittedly they would be very minor changes.

You can learn more about the Stealth Cam DS4K 4K trail camera here.