PlayStation Now is a video game subscription service from Sony. Users pay for a subscription to access a Netflix-style game library of PS2, PS3, and PS4 games. You can then choose your favorite game to play over the internet instead of needing to use a game disc to run each game title on your console like normally is the case. In this article, we will look at everything you need to know about PlayStation Now.

What Games Are On PlayStation Now?

Between the PS2, PS3, and PS4 titles, PlayStation Now gives you access to stream and play more than 800 games. Now, you can also download PS2 games and over 300 PS4 games onto your console to play locally.

These games range in prestige and value from the must-play games of the previous decade like The Last of Us, Red Dead Redemption, and unforgettable bargain bin titles. The games offered have improved over time to include anticipated games and those just about to get outdated.

You can see the entire list of games that are available on PS Now here.

All PlayStation Now games are available on a monthly subscription-style similar to that available on Netflix. First-time subscribers have access to a seven-day free trial. To access the service after the free trial, they will need to buy a subscription.

PlayStation Now subscriptions can be purchased for different durations of time. It shouldn’t be a surprise that the longer subscription durations will offer the best values. Here are the 3 different subscription lengths you can currently choose from: 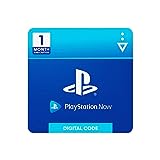 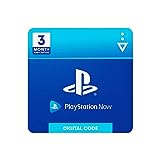 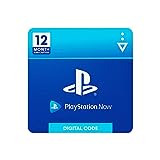 You can use PlayStation Now with PS4, PS4 Pro, and Windows PCs. Sony has also announced that the service will be available on the PS5. You will get the PS Now via the PlayStation Store on PS4 console.

How Do You Use PlayStation Now on a PC?

PlayStation Now is currently compatible with Windows computers. Other than subscribing to the service all you need to do to get started is to download and install the app and connect your controller.

The difference between the PC version of PlayStation Now and what you will use on a PS4 or PS5 console is that the PC version does not allow for any downloading of games. This means that you will need to stream the games that you are playing on your PC. However, this is still a great opportunity to enjoy some of the best games of the generation that were otherwise not made for PCs.

Is PlayStation Now Available for Macs?

Sadly for Mac users, PlayStation Now is not currently available on Macs.

How Does It Work?

PlayStation Now operates much like Spotify or Netflix cloud services but it’s specific for gaming. It has an extensive range of the more recent PS3 and PS4 games, as well as a back catalog of PS2 games. You can access any of these games through a PlayStation Now application on your PlayStation 4 or on your PC. Note: It has also been announced that PlayStation Now will also be available on PS5.

Sony uses Gaikai technology it acquired to run PlayStation Now. This technology enables you to play games that are held on massive servers elsewhere rather than your local console. With your actions and controller commands directing the servers, the graphics of the game you are playing are then brought back over the internet to your device’s display.

As we noted earlier, you also have the option to download the PS4 games and run them from your console. However, you will require hard drive space for the download/installation, but when doing it this way these games will have improved graphical resolution with no latency or lag issues.

It is also worth noting that your game progress gets stored in the cloud, which allows you to easily pick up from where you last left off – even if you switch devices.

In addition to saving you a ton of physical space in your home by not needing to own multiple games consoles or having a mountain of game discs, streaming games using PlayStation Now can save you a ton of space on your console’s hard drive.

As the processing power of game consoles has increased over time game developers have taken advantage of these advancements which resulted in the size of games getting larger. For those people who enjoy buying and playing a lot of different game titles these larger games meant that the hard drives on game consoles can quickly become full. We talked about this problem in our article, “Which PS4 Console Should You Buy? 500 GB vs. 1 TB console. PlayStation 4 Slim vs. PlayStation 4 Pro.” where we discussed the need to update and replace PS4 hard drives when they become full.

By not requiring you to download every game to your console it can save you a massive amount of hard drive space on your console and help you avoid the hassle and expense of needing to replace your hard drive.

What Internet Speed Do I Need For PS Now?

To successfully stream PlayStation Now you need to have a broadband connection with at least 5Mbps of download speed. Some people prefer to use a wired connection rather than a wireless connection in an effort to have a steadier gaming experience.

Additionally, slight latency and lag are common issues on more massive and faster games. This is unlikely to happen when playing the same game locally. However, significant effort has been put to ensure minimal latency, and it is hardly unnoticeable with the majority of games. Most of them now play as they do on the PS4 console.

Remember that the 5Mbps speed requirement is the minimum that Sony recommends. If your internet is at this speed the chances for you to experience lag or other hiccups increase. That said if your internet speed is significantly faster than the 5Mbps minimum, which is available in a lot of areas, the performance you should expect to experience from PlayStation Now should be great.

Although the streaming quality is improving gradually, this is one area that could use some sprucing up.

Games stream in up to 720p resolution. This will not make a significant difference for PS3 games because a lot of PS3 games were not developed for 1080p, but the difference in picture sharpness and detail will be more apparent for the PS4 games, which were designed to be displayed in a higher resolution.

The games take less than a minute to load up, but a little internet connection hitch can derail gameplay. As we mentioned before, even though Sony says that you can use a connection speed of as low as 5Mbps, you will be much more likely to achieve your desired land of uninterrupted gameplay with faster connection speeds.

For the most demanding games, it is certainly possible that you might even need higher connection rates for the smoothest streaming and gameplay experience. If your internet speed is hovering around the 5Mbps range and the gameplay isn’t what you would like one solution would be to download the game (if it is a downloadable game and you are using PS Now from your console) and once you are playing it from your console the performance should improve.

Can You Play Online Multiplayer Games with PS Now?

Yes. Whether you are streaming games or playing games that you have downloaded to your console, for the vast majority of games you will be able to access and play the online multiplayer modes.

This means that you will be able to play with and against other PlayStation Now members as well as people who purchased the game and are playing from downloaded or disc versions.

A separate PlayStation Plus membership is not required to play PS Now in online multiplayer modes.

Who Is PlayStation Now NOT For?

As great as PS Now sounds it is not for everyone. Gamers who are not a good fit for PS Now include:

Some people are only interested in playing new games and have no desire to go back in time to play older games that might have less impressive features or graphics. If that describes you don’t bother with PlayStation Now. Instead, save your money and use that savings to buy a new game that was just released.

If you are shopping for a PlayStation fan who enjoys playing a lot of games, including older titles, PlayStation Now can be a great gift idea.

Not only does it dramatically increase the number of games a person can play, but if you give a subscription to someone who already has PS Now they can just add it to (extend) their current subscription. So you know it is a gift that they will be able to use.

In conclusion, if you are among the PlayStation enthusiasts with nostalgia for playing old school PlayStation games, it can be challenging to access some of those best titles without owning every console generation and a huge pile of game discs. Thankfully, the PlayStation Now game streaming service solves all of that for an affordable price. However, you will need a strong internet connection to ensure a flawless gaming experience.